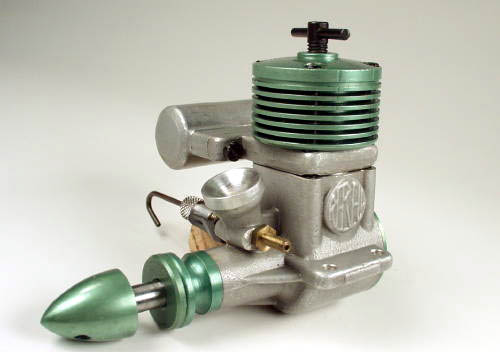 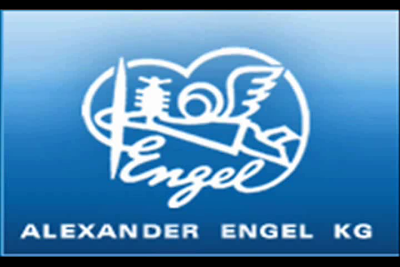 Later Mk engine shown in the above pictures

Design History:
The engine was designed, developed , and manufactured in Hungary in the 1950's. This engine was produced and distributed  by Alexander Engel KG which was founded in 1952 in Knittlingen/Baden-Wuerttemberg, a state in the South West of Germany where it has has remained ever since


Commentary:
While attempting to press a new bronze bushing into the connecting rod's big end the wall broke out and must now be replaced with a new connecting rod 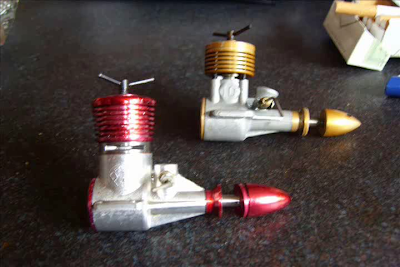 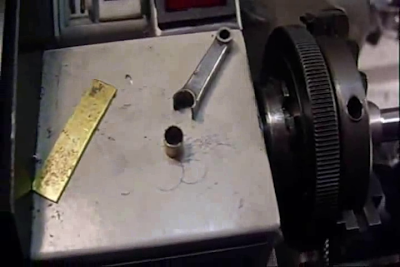 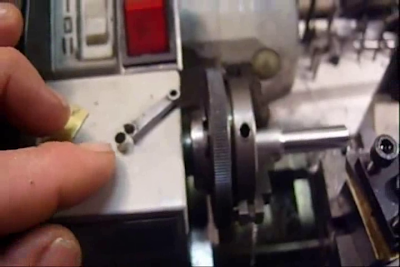 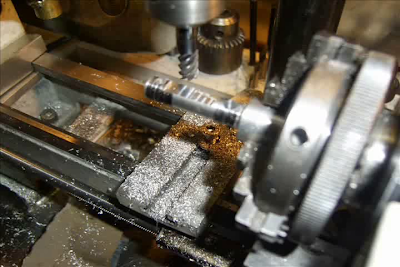 Holes are located with the aid of dividers 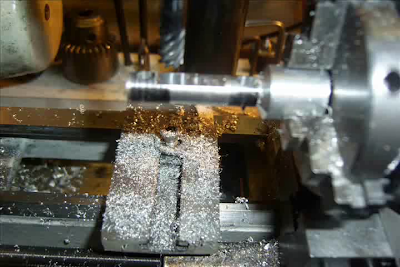 Holes are pilot drilled on the located centers 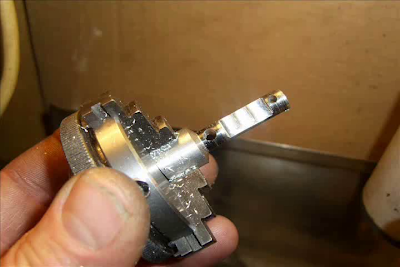 Engine after the rebuild project is completed 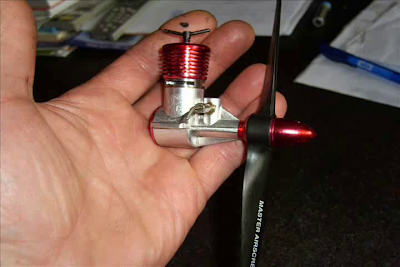 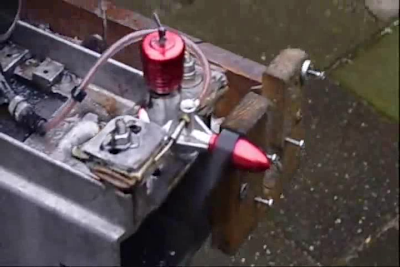 Observations:
This is a rebuild story of my Engel Rebell 1,5cc. The first Rebells were made in Hungary, if I am informed right, the same factory like the ALAG engines. Hungary has also a long tradition in building engines and in controline flight competition.The later so caled" FOK" Rebell engines was actually the mk II model. Sold also a bit later, from 1961 on. The cilinder is held in place by 4 screws and not with a thread like the early versions.They are non nonsens sport engines of  reasonable quality.
The Engel Rebell was the first diesel engine I got my hands on when I was 14 years old. The engine had zero compression, bad connecting rod. and full of scratches, I had no experience, but I got my first diesel and.... had a old watchmaker lathe, so I tried to make a piston ,that looks nice,..but it was not good enough. I left the engine for what it was until today.The engine in the clip is another one but, exactly the same engine what I bought last year, so I decided this one will be a runner with far better cosmetic condition,
While press fitting a new bronze bushing into the big end of the old connecting rod the side broke out because it was worn too thin so I was committed now into making a brand new connecting rod and a new piston.
In the clip I show the making of the rod but not the piston, Showing the making of the piston would make the clip far too long..Its the same process that I have demonstrated before in other engine rebuilding clips.
After all the work we have a happy ending:  Now the engine does not loose its compression, and he should run for a long time.
Hope,you enjoyed the story...Thanks for watching!
http://www.youtube.com/watch?v=8EpS2zJbQAE 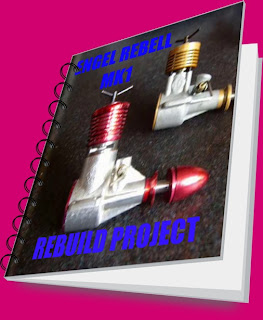 
Read this Book Free at our Reading Room

Notes about the designer/manufacturer :

Alexander Engel KG was founded in 1952 in Knittlingen/Baden-Wuerttemberg, a state in the South West of Germany where it has remained ever since.

Model hobby was an increasingly prosperous business after the Second World War. In these days Alexander Engel was mostly involved in the manufacturing of model engines and modelling accessories.

By the end of the 1950s Alexander Engel had made several prosperous contacts to US manufacturers such as Cox, Testor, DeBolt Engineering and other leading US brands which he managed to distribute successfully in Germany for over two decades.

In the 1960s Engel was mainly involved in development and manufacturing of model kits of his own brand such as the legendary Me109, Red Falcon (Roter Adler) and the Telemaster whose design has been copied by many other companies up to this day.

The most renowned engineers in model hobby had their start with Alexander Engel, such as Dieter Schlueter (now a subsidiary of Robbe/Schlueter) and Siegfried Kussmaul (former CEO of Multiplex, now a part of HitTech Corp.). Companies such as Krick were founded mainly by the financial commitment of Alexander Engel in those days.

By the end of the 1960s Engel had established its own manufacturing facilities for plastic injection moulding in Malta, an island in the Mediterranean, then ruled under the British Commonwealth. After a change of government to “socialist rule” this subsidiary was confiscated, putting an end to this enterprise.

However, nothing could bring an enterpreneur such as A. Engel down to the point of resignation. Alexander Engel re-established his manufacturing plant in Germany and grew even larger mainly concentrating on the production of model airplane kits in Germany and England.

In 1979 Engel presented the first static diving submarine model, the Patrick Henry, at the Nuremberg Toy Fair. This was quite a success being the first submarine model to be equipped with Piston Tanks allowing it to submerge just as its original counterpart.

In the 1980s even more innovative products followed in all sections of the model hobby trade.
More than a 150 aeroplane, boat and submarine models were released within less than a decade, all carrying (and deserving) the Engel logo.

Alexander Engel passed away in 1995. Having handed over the business already in 1993 to his son, the current managing director Gregor A. Engel, the company has had all opportunities to steady prosperity and growth.

In addition to its own product line ENGEL carries special modelling brands such as Deluxe Materials, Radio Active and other innovative modelling specialists.

In 2006 Engel has released a highly innovative product VII/C, a full scale, static diving model submarine which beats everything on this ever expanding section of the model hobby market. A new milestone in terms of quality, scale, functionality and pre-assembly of components.

Alexander Engel KG has been run as a family business on a larger scale for more than a half of a century, with traditions and business relations that half lasted for more than thirty years in many cases ... and we are proud of it!

Due to e-commerce, Alexander Engel KG has been able to sell its products worldwide to more than 35 countries. And we are doing our best to keep up with this success also in the future ...


Credits:
This posting is prepared in collaboration with YouTube Channel valic000 Visual material and observations are by valic000