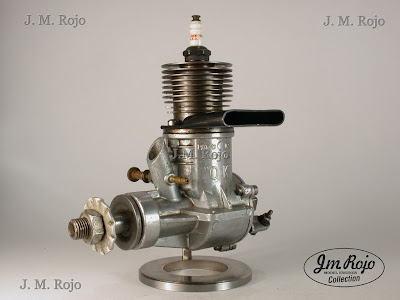 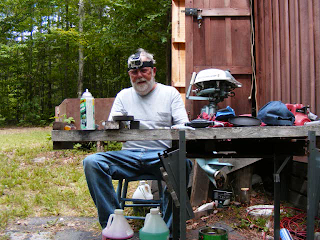 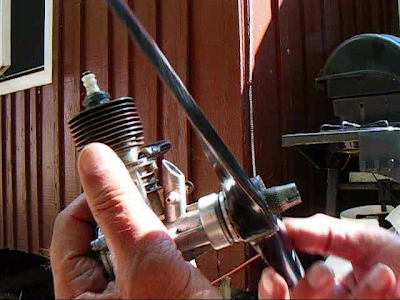 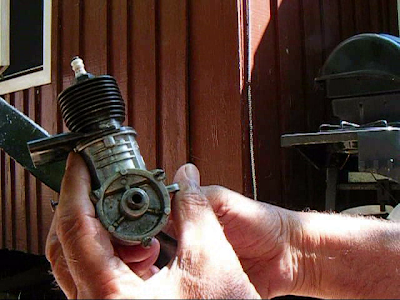 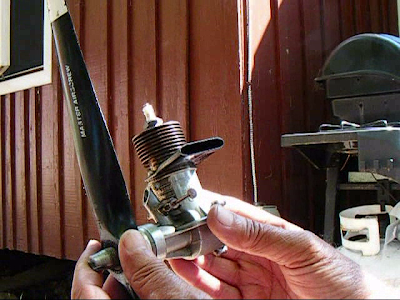 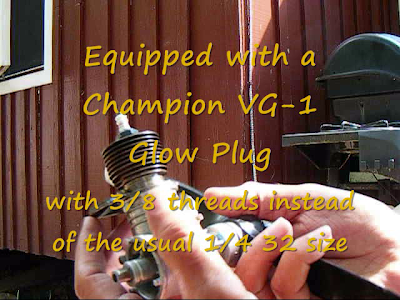 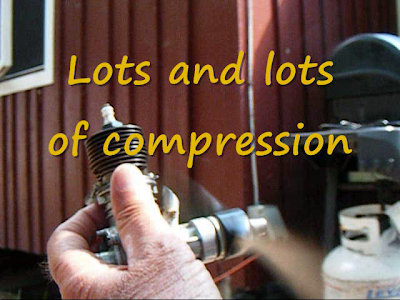 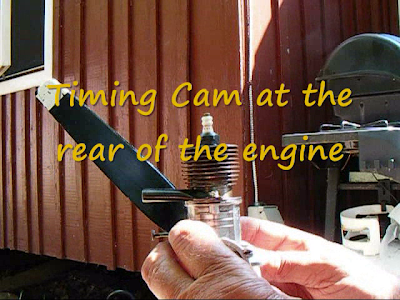 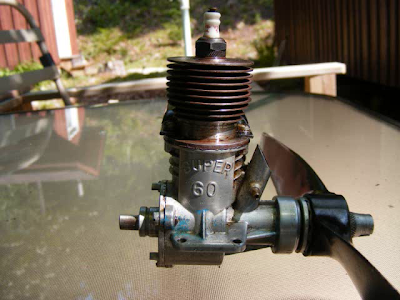 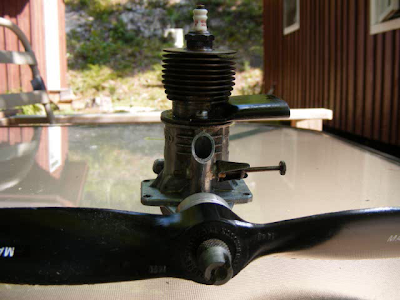 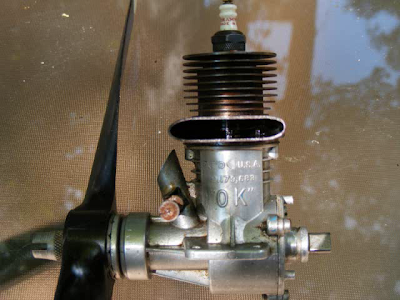 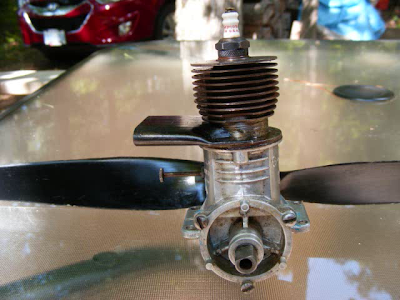 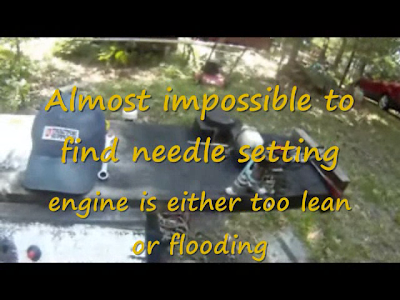 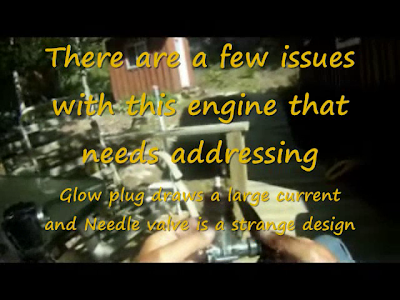 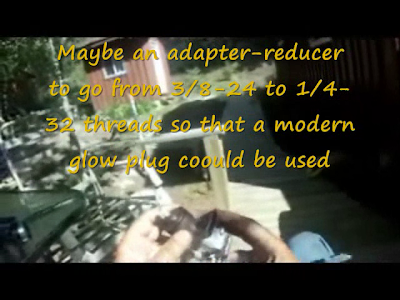 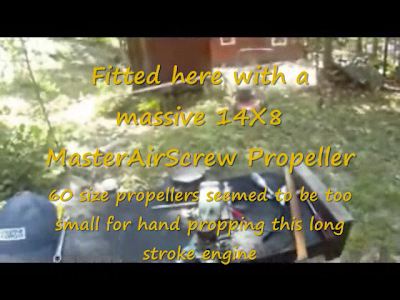 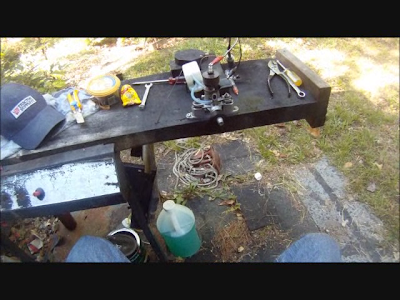 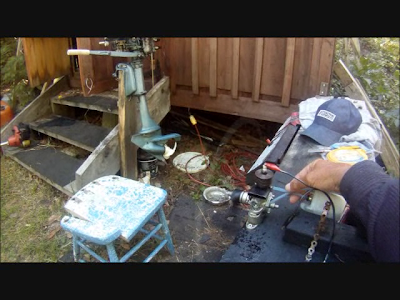 History and Background:
In 1938, Charles Brebeck formed the Herkimer Tool and Model Company to manufacture his engines. A year later, he obtained a patent for improvements to engine design to minimize heat distortion and facilitate economical manufacture. Charles' engines were known as OK Engines. Charles applied for and received a patent for a method to fabricate a model engine crankshaft using a cooling jig to prevent welding heat from softening and distorting the assembly.The initial product was a .60 displacement engine, which was soon

followed by a 1.2 twin version for military target drone application.

Comments:
I have always been a big fan of the OK line of engines ever since I acquired my first real running engine (an OK 14) many years ago. Since then I have aspired to owning a Super 60.
I don't believe in running these old classics on gasoline; since in my opinion it is too hard on them. Mainly because of the high caloric value of this fuel which induces a too high a level of stress on these old engines. Which could possibly damage them, thereby shortening their lives. Instead of using gasoline I always run them on glow fuel containing a low nitro content and extra oil to promote better lubrication and heat dissipation. While running this engine I made a few discoveries of my own. I found that the needle valve was unlike anything that I had come across before in all my years of running vintage engines. Infact it was so strange that I cannot imagine how it can be made to work at all; except of course for the fact that I know it does, in some fashion or other. Instead of being of a tapering cylindrical shape it was a tapering rectangular flat sided bar. How this shape can meter fuel flow effectively when screwed into a threaded tubular spray-bar defies my imagination. When the fuel tank was located in the typical position (tank midpoint at needle elevation) the mixture was either too rich or too lean, with an acceptable midpoint not attainable. I eventually did discover that the engine preferred it when the tank was mounted much lower (sitting flat on the bench in this case). With the tank located there the engine ran strong and steadily, so my conclusion was that the needle spray-bar setup on this engine has a strong fuel draw.
The other thing that I learned was this type of glow plug draws a very strong current and it will deplete the average glow driver in a matter of a couple of minutes. I would like to try and find an adapter such that it is possible to utilize a modern 1/4-32 plug in lieu of the 3/8 Champion presently installed. Over all I was very impressed by this engine's ability to deliver lots of torque and swing a really big propeller (14X6). I am looking forward to flying it in my big Red Zephyr someday soon.

Could this be what I am looking for?

75th ANNIVERSARY CELEBRATED - OK Engine Company ( formerly Herkimer Tool & Model Works ) in Mohawk NY is celebrating 75 years of manufacturing our OK and OK Cub brands of model airplane engines and parts in the USA. We also provide an engine repair service for some of the 2 million engines that we have produced since 1938.
NEWLY DESIGNED large 3/8 x 24 thread GLOW PLUG to our complete line of American Made glow heads and glow plugs. The new Hot G-1 is specifically designed for use in old timer, nostalgia and free flight events that use older engines requiring more lubricant in the fuel mix. This plug also allows running of old timer engines without the need for needless wear or replacement of rare and delicate ignition components. Inexpensive cost at $6.50 each
Posted by davideo4301 at 10:23 AM