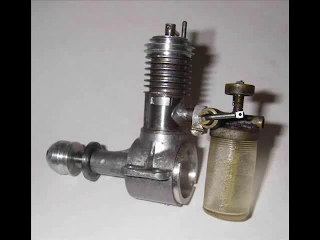 Design History:
The Amco 87 was introduced in August of 1947 and was the initial offering from the Anchor Motor Co. of Chester, Cheshire, England.
Eventually there were 3 variants of the engine introduced to market in a relatively short period. The engine featured a number of interesting design innovations which can be seen in the observation section photos. The numbers on both the cylinder head and needle valve grip were intended to allow the user to record the best settings for starting and running their particular engine. The compression stop pin could be set in any one of four positions once the correct setting had been found.
The engine cut-off features a spring-loaded plunger which effectively blocks the intake tube on the engine side of the fuel jet, there by starving the engine of its fuel air mixture, as opposed to the common practice of merely cutting off the fuel supply to the jet. When the arm is pulled out and the lever turned at 90 degrees to rest on the outer end of the cut-out mounting, the intake is open and mixture passage is unrestricted. When the timer pulls the lever into the visible slot, the plunger snaps in and stops the engine dead. Quite effectively! 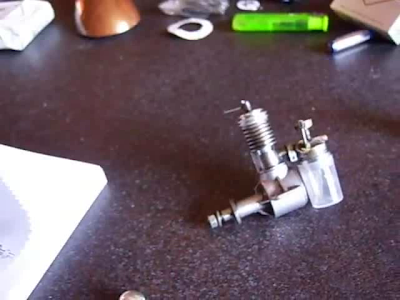 Showing the massive ugly tank which was soldered to the intake tube as received: the brass tank weighed almost as the test of the engine 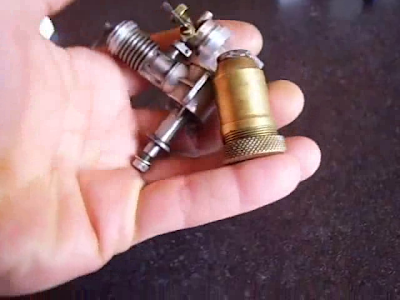 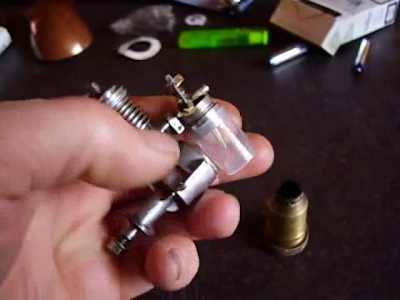 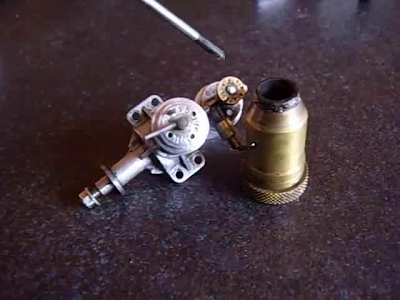 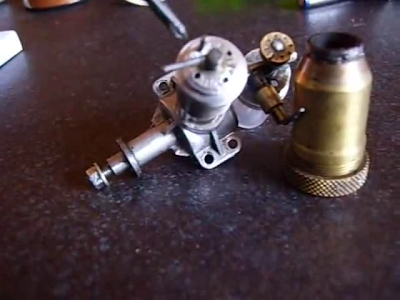 The engine featured a screw-in cylinder despite the fact that there was only one "correct" position for the cylinder when tightened down because of the need to locate the transfer slot in the correct position. This condition was achieved by a combination of trial and error and careful trimming of the seating surface at the top of the crankcase casting, probably while the casting was set up for the screw-cutting operation for the cylinder threads. Once a cylinder-crankcase combination had been established that resulted in the cylinder being in the correct position when tightened down, it was of course essential that the two components remain together for final assembly. To ensure this union, the engine’s serial number was stamped on both the matching cylinder and the crankcase components assuring that the matched set were always assembled together in the final assembly. 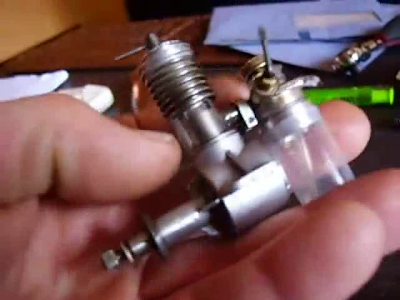 There were 3 variants of this engine: the MK1; MK2 series 1; and MK2 series 2. Basically they are the same engine except for minor changes to the cylinder cooling and the head and the MK2 series2 featured an internal transfer channel 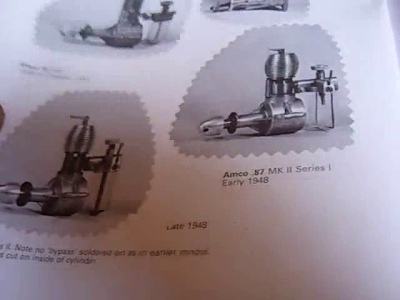 Pointing out the external transfer channels of the early MK2 engine 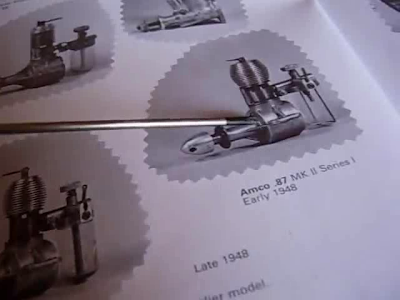 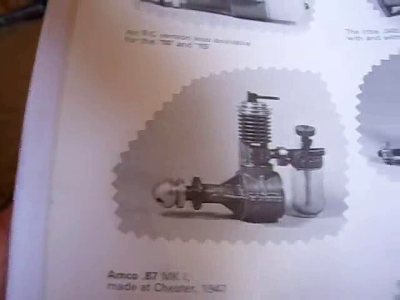 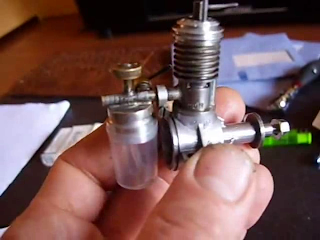 Mounted in the test stand ready for a run 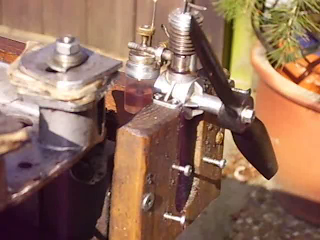 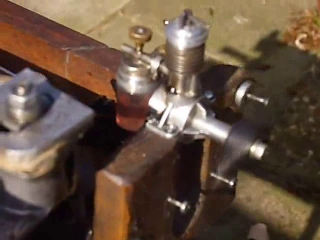 The engine cut-out is unusual. It features a spring-loaded plunger which effectively blocks the intake tube on the engine side of the fuel jet, thus starving the engine of mixture as opposed to only cutting off the fuel supply to the jet; the picture below demonstrates this feature being activated; you can see in the video how effective it is . 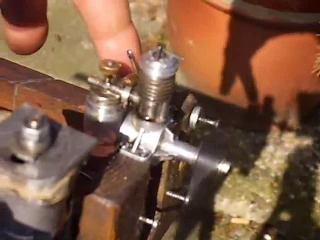 Observations Continued:
Uploaded by valic000 on Mar 16, 2012
Another lovely milestone in the British model engine history. Made in Chester just after the war, a very well made little jewel. by Amco they didn't produce a lot of different engines, but what they made was just simply great workmanship.The later made 3.5cc "finger-biter " which is also written up in this series.
I am really surprised about the finishing touches on this engine. Only the Mills engines may have the same level quality workmanship in my opinion. My engine has no slop or free play what so ever, even a still warm engine, if put on top dead center will hold the compression for several minutes and yet, it feels so free, when turn over by hand. Amazing!
There a are a lot of interesting futures on the little Amco. The needleand compression lever had tiny numbers stamped into the components, so the right settings can be archived. A carburetor shut-off is also mounted. What is also interesting is the fact, that every engine has a number stamped on crankcase and cylinder. As its a screwed cylinder, the position of the transfer channel is very important. The factory selects matched pairs of those parts, and correctly shims the gap between crankcase and cylinder flange, to archive the right position of the port. when this exact position is achieved both matching crankcase and cylinder liner are stamped with the engine's serial number. In its class this is a very lightweight engine.
The only baffling thing is the engines displacement and I haven't got the answer for this, it is the strange size of the engine...almost 0,9 cc: why not 1 cc like the Frog 100 also from 1947 for example; maybe somebody knows the answer?
Well it will remain a mystery to me, but I am happy to have him in my collection. I missed getting one 3 times on E-Bay,...but finally the hunt has a end...only the fuel tank is not present, so I made a better one. The one from brass was almost so heavy as the engine himself!
Thanks for interest, more engines will be posted soon, right here on my channel....vallic001
Till the next time!