MAKE YOUR OWN MODEL DIESEL FUEL- THIS BOOK SHOWS YOU HOW

Design History:
Designed in the U.K by the DC company a direct descendant of the Davies-Charlton organization which had produced a fine line of engines since 1946.

Observations:
I purchased my Sabre on eBay but after examination it was clear this was another candidate for a complete rebuild.


The first problem was the dis-assembly of this gummed up old engine with minimum additional damage. 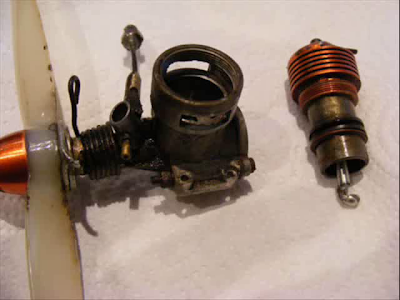 The slow application of heat and thin oil is the best way to achieve this: resist the temptation to torque the head before the piston and sleeve is freed up. 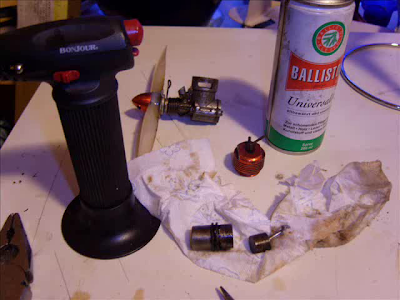 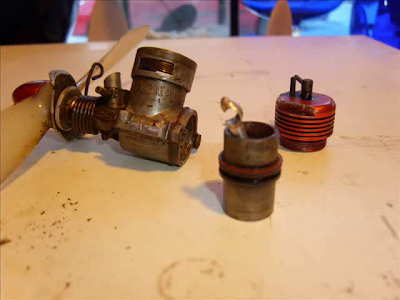 Below: the engine after the extensive rebuild; set up and ready for the test run, follow all the steps recorded in detail in the eBook, available below 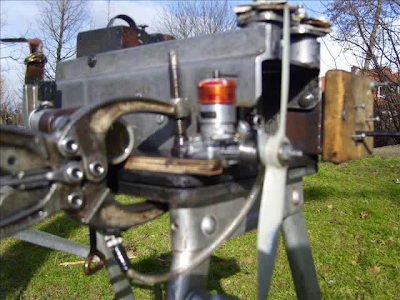 You will see this in the video: after a lot of hand cranking and fussing it was I found that the real problem to getting the engine running was a blocked fuel filter and fuel was not getting through, even with the needle set 5 full turns open 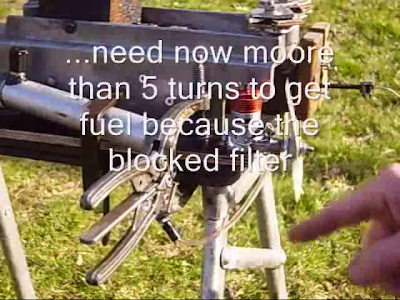 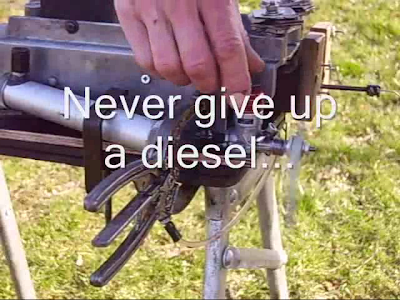 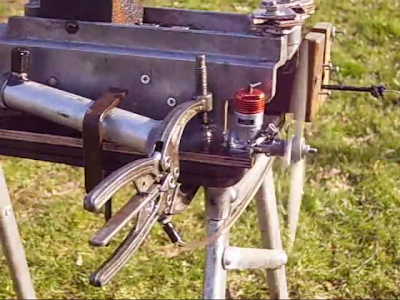 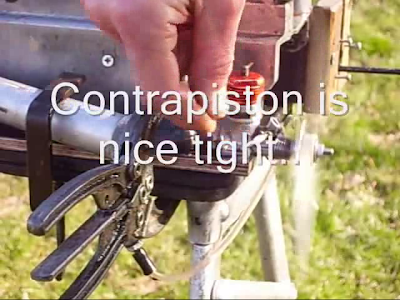 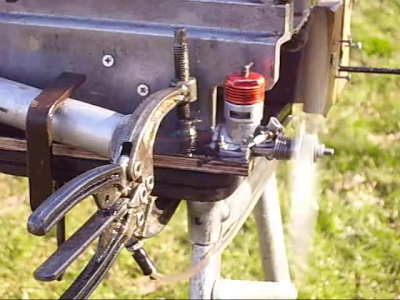 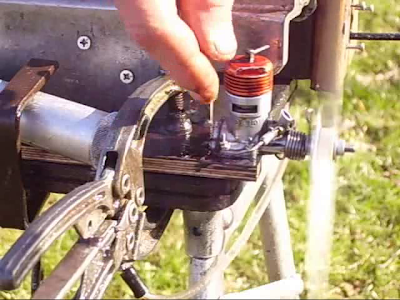 Observations continued:
Uploaded by valic000 on Feb 19, 2012
Today I like to show you my latest rebuild work. Its the DC Sabre 1,5cc. I bought him cheap on ebay in very bad condition. Nothing special, but DC is a interresting company. No other company stay so long on the market. First the background. The DC engines had a very long history in England. Just after the second world war was the begin if a very succesful range of model engines. The company had its roots dating back to 1946. Davies-Charlton engineering firm made different kinds of precision items. Hefin Davies got his very early start at Rolls Royce as a skilled toolmaker. He knew very well how to make precision parts. The range of engines span from1946 ..the DC wildcat 5,3 cc diesel then in 1947, the DC 350, from 1950 up until the the sweet little bambi, Dart,Merlin and Spitfire to just name a few.Also was a very sucessful time together with the Albon company. If I remember right,DC produced from 1948 till end 1982.But only this first 25 years was very succesful.The later period was only a strugel for survive and taking over of the companis and restarts.The golden age was 1948 -1965.
But they leafe a lot good behind for the model engine world.
The Merlin,Sabre,spitfire was known also as have bad conrods and wristpins.Like I found in my engine,the rod is far to soft,and the wristpin not hardend.But most engines have some things to worry about.Only the Mills are superb,.....but thats ofcourse a different class.


Thanks for interrest.More engines on my channel...you are welcome to suscribe!

Read all the details of this Rebuild Project

Read this Story in Part one of our Book 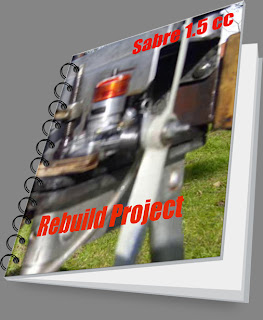 
Credits:
This posting is prepared in collaboration with YouTube Channel valic000 Visual material and observations are by valic000
Posted by davideo4301 at 7:12 AM