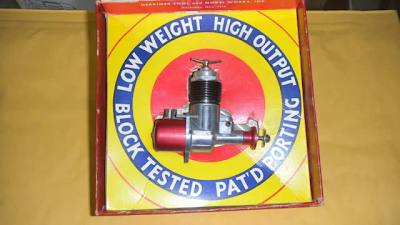 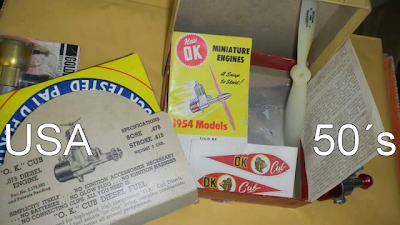 This line of small model engines were designed by Charles Brebeck in the U.S.A. and featured ultra light construction with a high power to weight ratio which made them popular with the modelling community.

The OK Cub engines set the design standard for most small engines produced for decades to come: introducing a cylinder with integral cooling fins; radial exhaust and transfer porting; a steel  cylinder threaded into the di-forged aluminium crankcase; cylinder head threaded into the top of the cylinder; backplate threaded into the crankcase and even the spray bar is press fit into the air intake. Infact there is not a single screw or nut used in the assembly of these engines, except for the two screws used to attach the propeller and the fuel tank. These features result in a remarkably light weight engine. 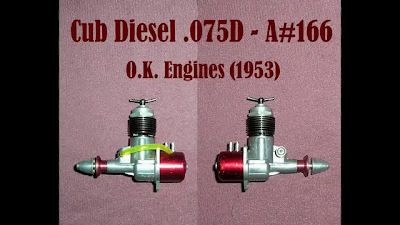 Other examples of this engine feature an aluminum tank mount 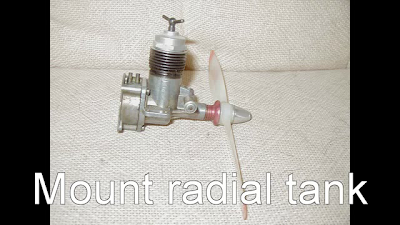 Test set up; better result were obtained when fuel supply was augmented with a larger external tank, because the integral tank was depleted too quickly 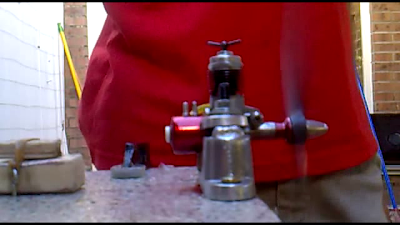 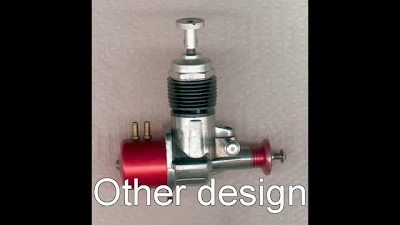 Propeller size used for the test run was 7X3.5 inches

History and Background:
In 1938, Charles Brebeck formed the Herkimer Tool and Model Company to manufacture his engines. A year later, he obtained a patent for improvements to engine design to minimize heat distortion and facilitate economical manufacture. Charles' engines were known as OK Engines. Charles applied for and received a patent for a method to fabricate a model engine crankshaft using a cooling jig to prevent welding heat from softening and distorting the assembly. In the summer of 1949, Herkimer came out with the OK Cub, the first real mass-produced .049.and by the end of 1949, there were OK Cubs in .049, .074, and .099 displacements. Charles introduced his diesels in .049 (0.803cc) and .075 (1.23cc) displacements. By 1952, Herkimer was making more than 1000 engines a day and their advertisements appeared in most of the popular magazines of the day such as; Air Trails, Model Airplane News, Flying Models, Boy’s Life, Popular Science, and Science & Mechanics. By the end of 1953, Herkimer had sold more than a million engines, had 700 distributors, and was carried by 4400 dealers.