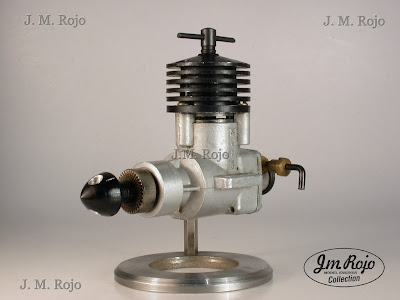 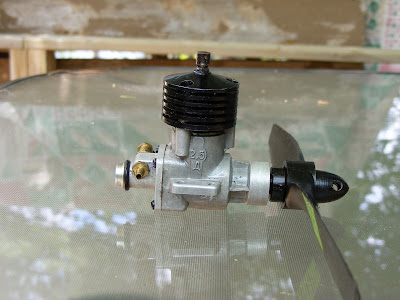 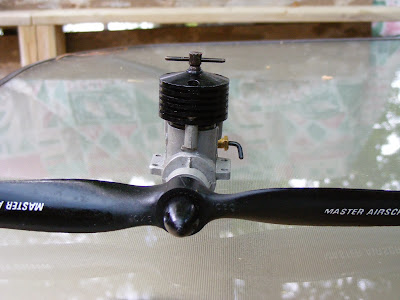 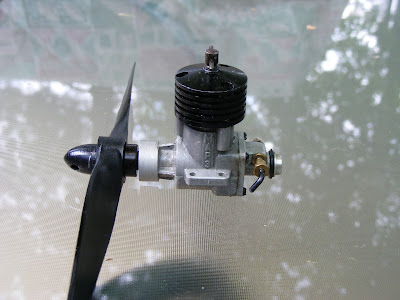 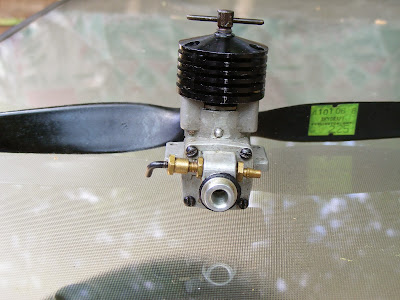 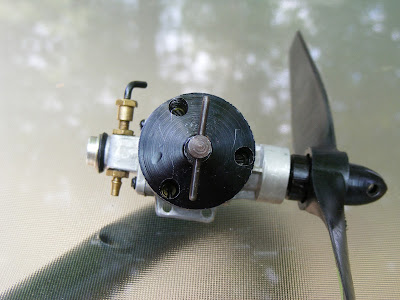 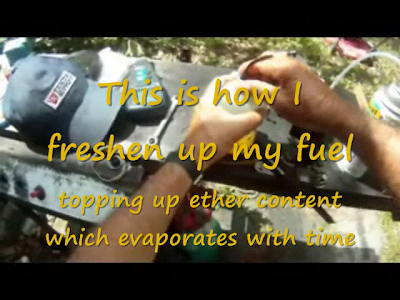 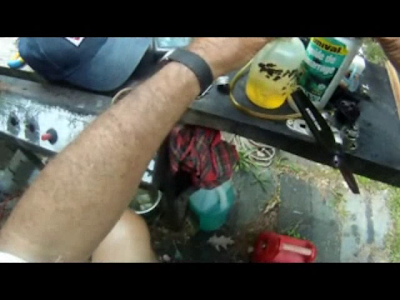 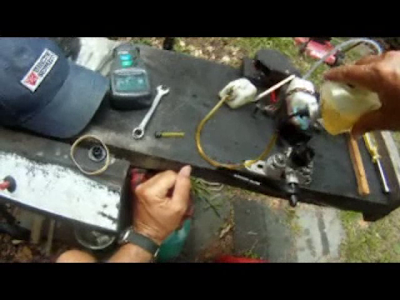 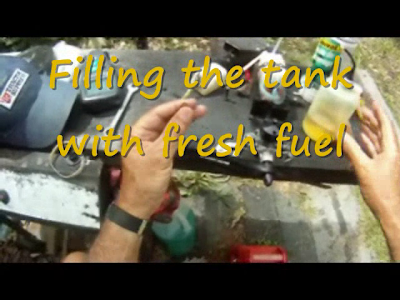 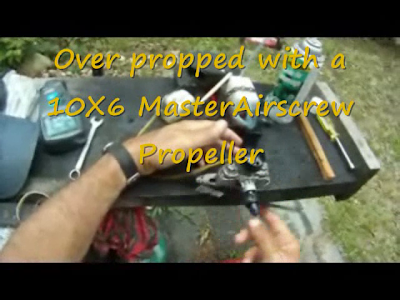 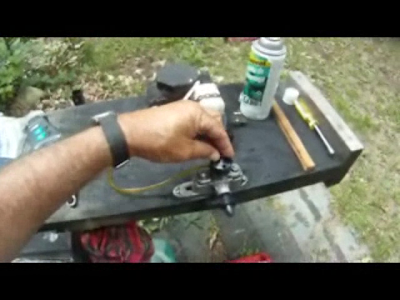 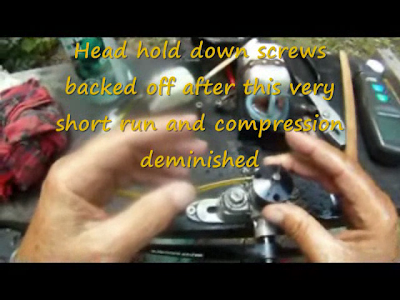 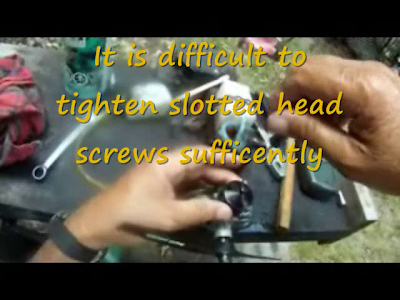 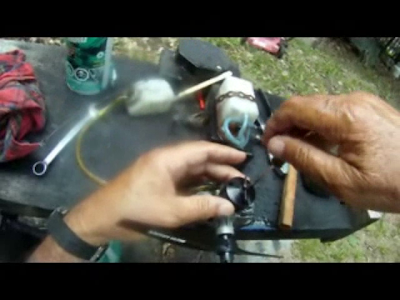 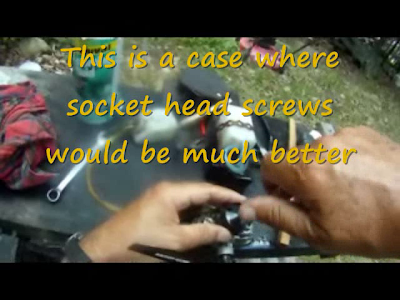 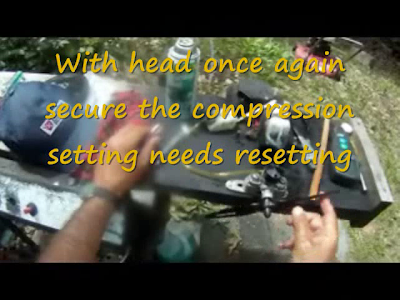 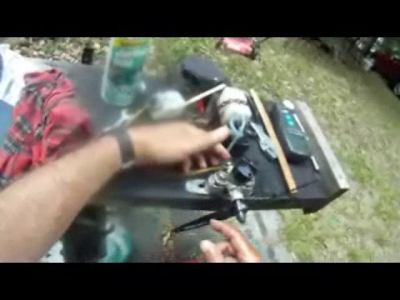 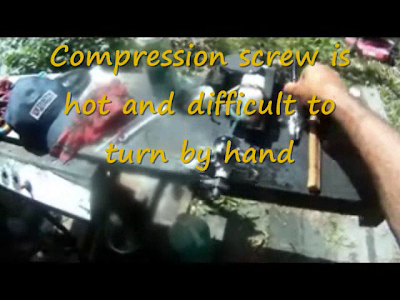 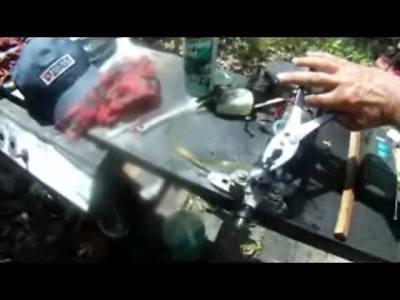 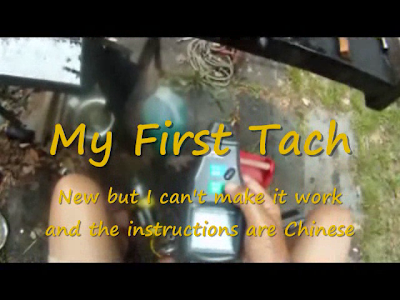 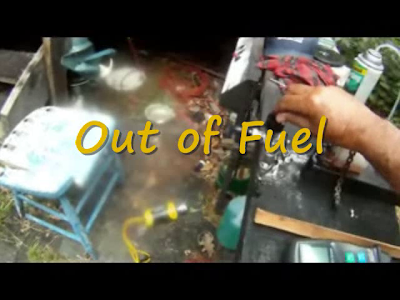 This is not considered to be a high quality diesel engine by most experts. During the running of this new example I discovered that it is strongly advised that the engine be examined for loose head screws. After only what was a very short first run my engine began running rough and eventually stopped. When I checked for the cause of this I soon discovered that the three head screws holding the head down to the cylinder had backed out by almost a quarter of an inch; allowing the head and contra piston move upward by that amount. Its a wonder that the engine would even fire under these circumstances.
It was difficult to tighten the head down with a tiny slotted screw driver, but I managed to get them tight enough for more runs. Before I run this engine again I will locate some socket head screws of the appropriate size and length, which will eliminate this particular problem for once and for all.
I will also remove the back plate and have a look inside to check for foreign material which may have been left behind after the manufacturing operations have been complete. It is not unusual; particularly for engines manufactured in Russia during the last regime.
http://youtu.be/6Ghd7zZv0v4