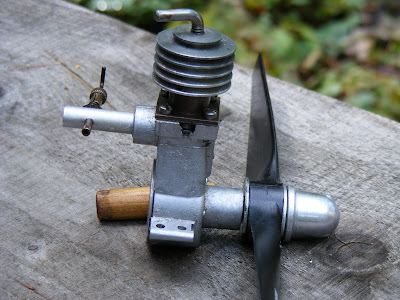 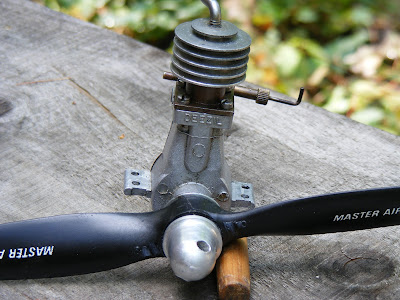 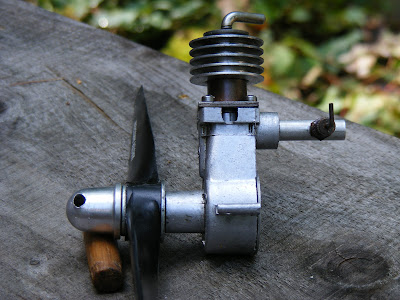 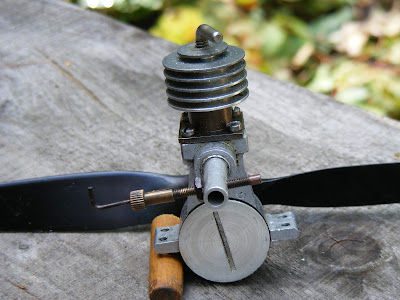 The Deezil Rebuild Story or Making a Runner from the Bones

By
Peter Valicek
and
David Crocker

See details of this book in the Kindle Store


Design History:-
Design and manufactured in The U.S.A in the early post WW2 years by the founding fathers of America Hobby Center (AMC), the giant catalog hobby supplier 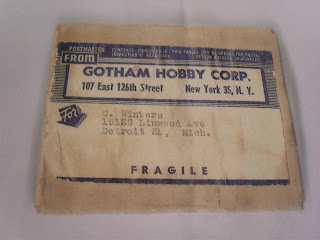 .
Design Features:-
It's design is typical for the time:
side exhaust port; long stroke; rear induction and piston slide over porting.


Observations:-
60 years after buying my first DEEZIL I finally managed to start one and see it run under it's own power. This has been a longtime quest of mine ever since I was scammed by one of my school mates who sold me his for 2 of my hard earned dollars. It wasn't until I tried to mount it, that I found that the left hand lug and a chunk of the crankcase was held in place with Le Pages Liquid Solder (popular super glue of it's day). Even in those days I didn't give up easily and I spent a lot of time raiding the medicine cabinet for something to burn in it, but after much propeller flipping I was not even rewarded by a healthy pop. A couple of years ago I saw one advertised on Ebay and I just had to have it, even though it was going for 30 times what I payed for that first one. I shortly found out that it wasn't any better than the first one.


Flipping it over it didn't even feel like an engine: absolutely no compression but lots of interference on the down stroke. Upon removing the back-plate I noticed lots of evidence of interference, scuffing of the connecting rod and aluminum filings. After lots of grinding I was able to eliminate the interference.


The next problem to tackle was the lack of compression. Someone suggested that plating the piston and cylinder with hard chrome may do the trick, so I picked up a small home plating kit and set out to plate every part I could lay my hands on, including the piston, cylinder and crankshaft. This helped with the fit of the crank and wrist pin but did little to improve the compression. The nice shiny surface on the piston revealed that the piston was not round but had a flat spot and no amount of plating was going to eliminate that. 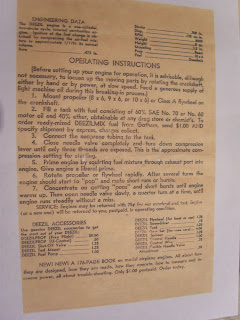 Next I went to the internet again in search for more parts for mix and match fitting to obtain the best combination of compression  and crank fit. I was successful in obtaining two more engines which were used to assemble this engine. I was able to get my hands on a faded and tattered instruction sheet which to my surprise, clearly states that the engine was intended to run on a mixture of 70 weight motor oil and ether. Unable to locate a source for 70 weight oil. I substituted chain bar oil and you can see that it worked very well, by clicking the object below.

After 60 years since receiving my first Gotham Deezil I finally took the time to read the running instructions. I bet that I am not the only one not to read the instructions before trying to start his Deezil. Watch the old girl pump her heart out for me: sounding like a some strange hybird of a super long stroke diesel and a runaway steam engine.


Watch another of my original engine running on that same magic fuel.

Now you can have your own expertly rebuilt DEEZIL engine.

The Deezil Rebuild Story or Making a Runner from the Bones


See details of this book in the Kindle Store

This Gotham DEEZIL engine is also featured in this eBook 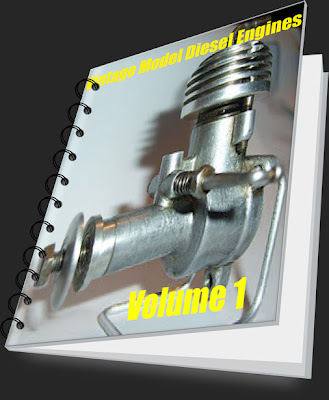