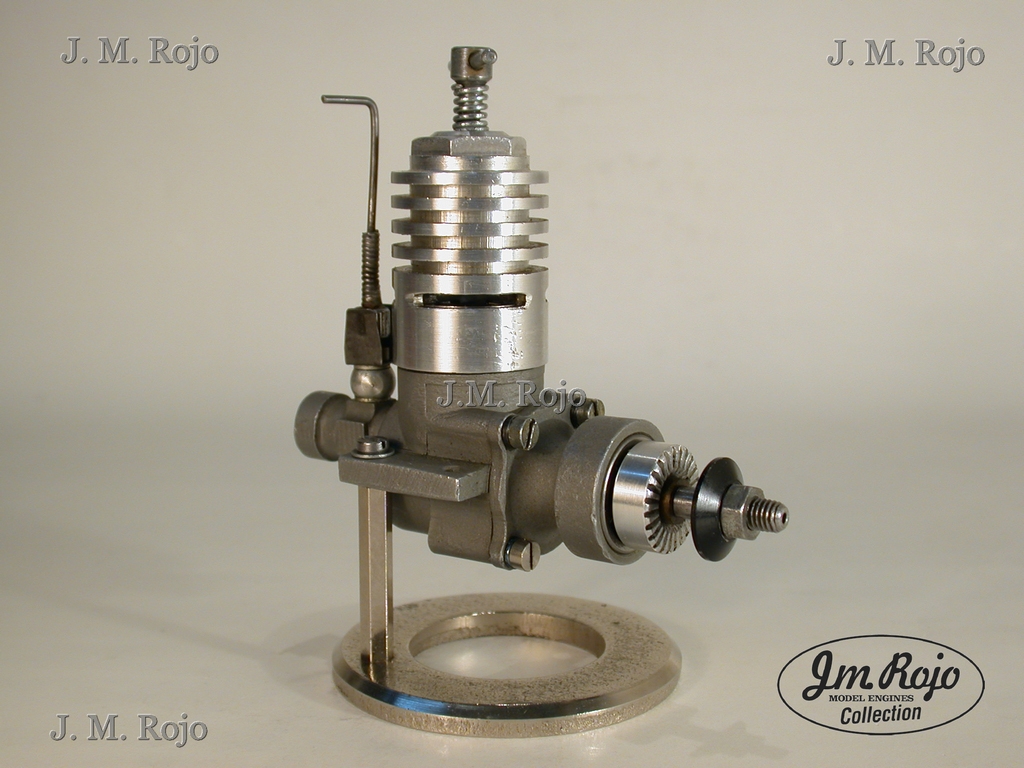 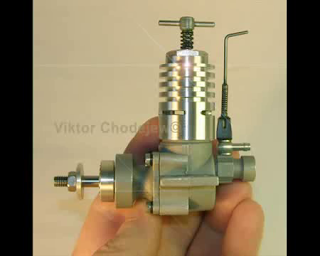 This engine was designed by the famous Russian modeller O.K. Gajewsji and was released to the public circa 1956. 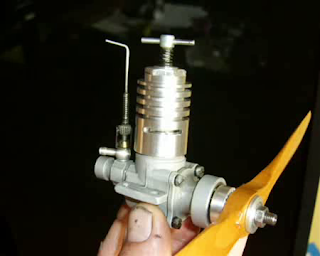 The engine was used for competition freeflight and control line team racing. The following picture shows the individual parts. 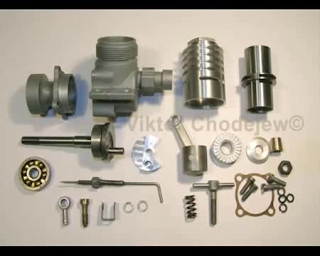 The Russians called this engine the Motop MK12 c (cyrillic, 'c' is 's' in English). 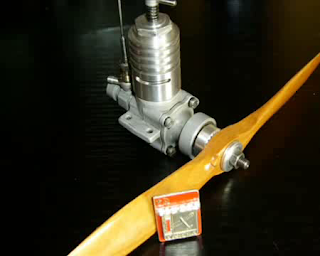 The engine was received complete with a first place competition medal, a wooden propeller and a length of fuel tubing 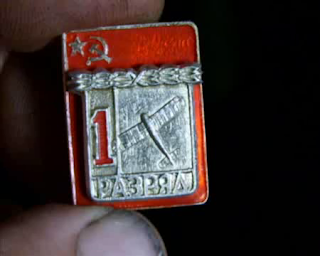 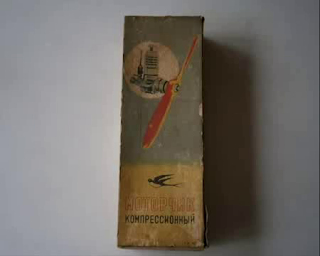 Items found in the box. 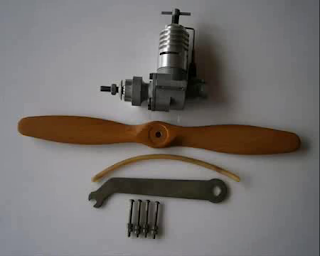 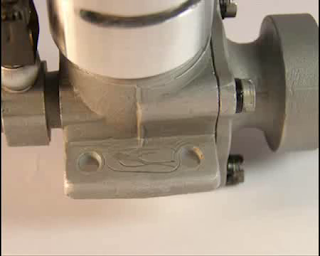 There are two versions of the competition engine: the MK12S featured here and the more powerful MK12K shown below. 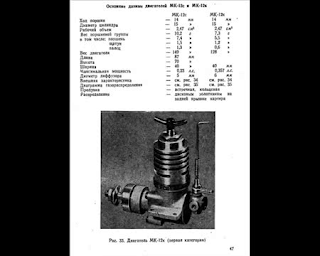 The main differences are: a thicker prop-driver; a different spray-bar assembly, and a red ring around the cooling jacket inscribed with the name MK12-K 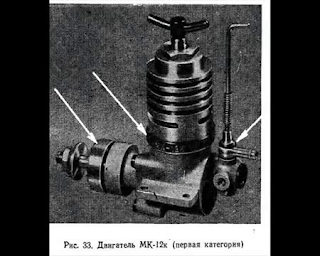 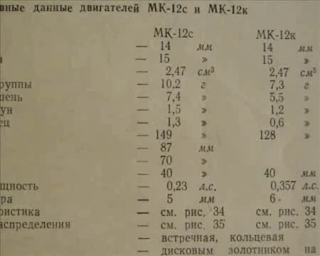 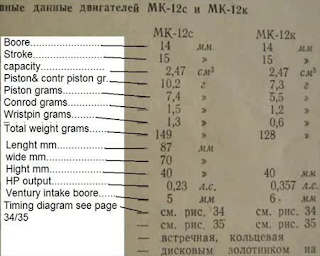 This same publication claims a maximum power output of 0.357 horsepower for the MK-K engine 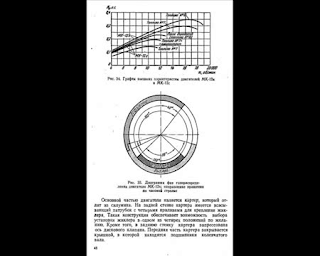 OK! Enough of this technical discussion; its time for a test run to see how she will perform.

Cold start with a 40/30/30 fuel mixture of kerosene, ether, and castor oil respectively. The propeller is a 8X6 Master AirScrew.