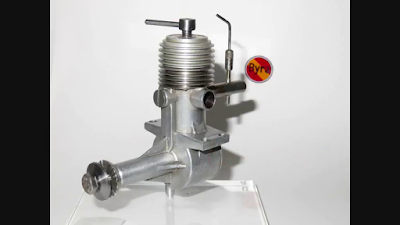 The first Byra was a side-port 5 cc .

Introduction:
The power full ZOM, and Llam engines are better known or also the competition engines from the Parres brothers.All very good performers! This little Byra engine I get some time ago,as the parts were present,but it was impossible to make it run because of the fits. There is not a lot known of the 1 cc version.About the others,special the 1.5cc and 2.5 cc bb versions is far more known,as there were also tested by the British modelling press. Its even possible,that the 1 cc make it only thru the prototype fase. The idea was,to have a counter part of the ED bee,which was a huge success sale not only in Britain,but all over Europe. There are no sale records of the Byra 1 cc.Strange enough were the boxes also all ready made. What my friend Jesus told me,the Byra 1 cc were poor performers and will be never a sale success, I do my best, to give the engine good fits and I think,with a 7x4 prop it will not really perform badly. How ever,its a cheap concept design,with the most interesting part the cooling head,with a semi bore cut out of it, to get the venturi drilled out. Why not put the venturi a bit further to the front? Well, that answer could only come Mr. Battlo himself could answer. He had enough know how to build engines. He was also a good speed and stunt flyer. In the Aero modeler there is a lovely plan of the Spanish build ME 109, maybe worth to give it a try to build? So I hope you like this clip of another rare model diesel engine. It was a big job, as always with some setbacks but that's worth it. And a big, big muchas graciac for Jesus Ortega Delgado. His help is priceless!! 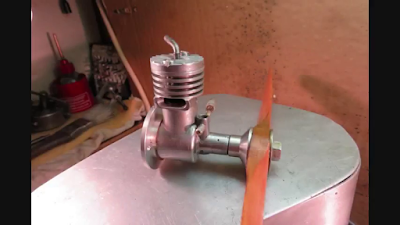 Circa 1954 the 1 cc appeared for the first time.
Possibly there are fewer than 10 of these little gems left if the world today. 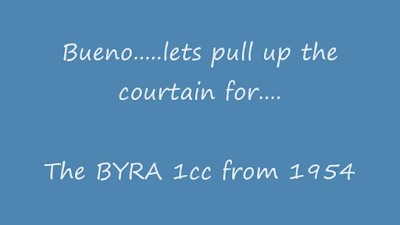 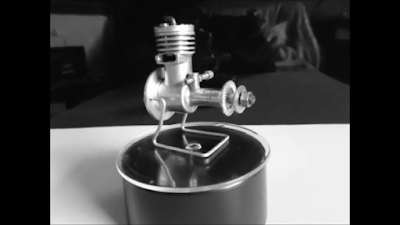 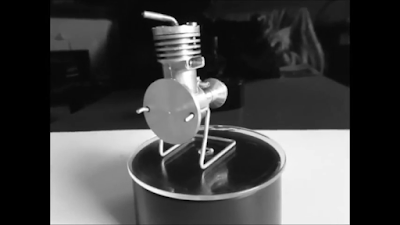 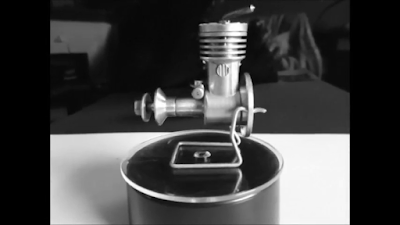 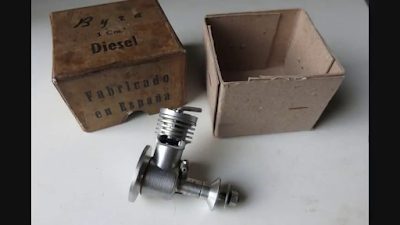 Parts to be fabricated to make her a runner are: a new crankshaft, matching cylinder and piston.
Also two transfer channels need to be milled out in the crank case. 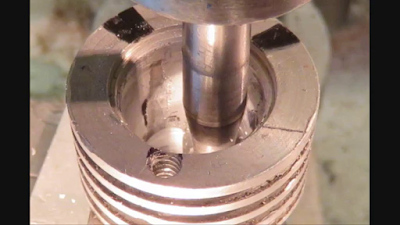 The first task is to replicate the original cylinder liner. 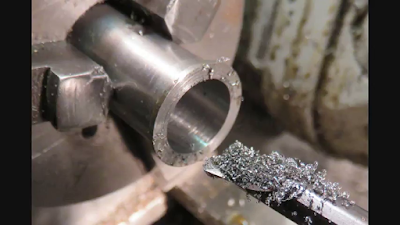 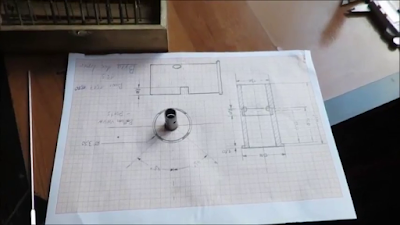 Sketch of the cylinder and porting. shown above and below. 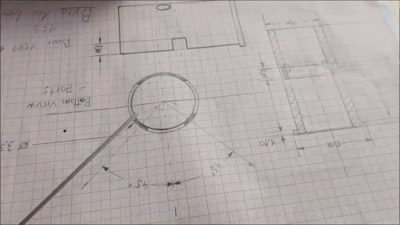 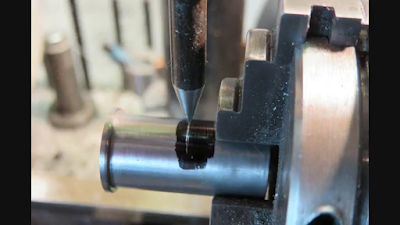 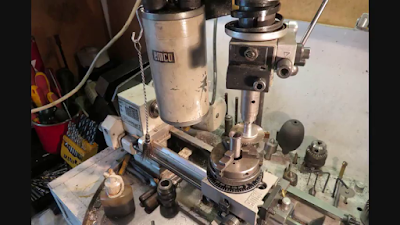 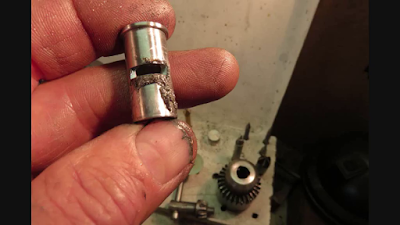 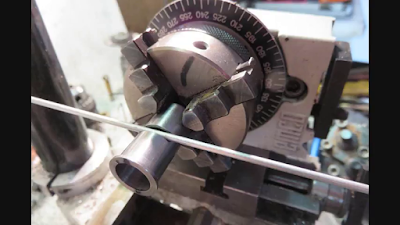 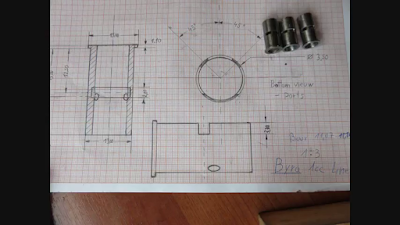 It was decided to make the boost ports at plus and minus 45 degrees from the center-line in an effort to improve scavenging.. 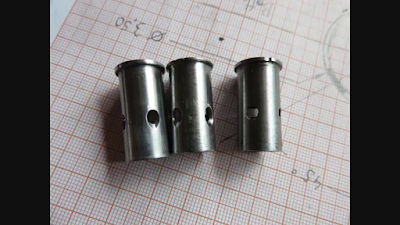 completed cylinders with their ports are shown above.
A new shaft is made slightly larger to produce a better fit in the crank case, also the big end is firtted with a bronze bearing to improve ware characteristics. 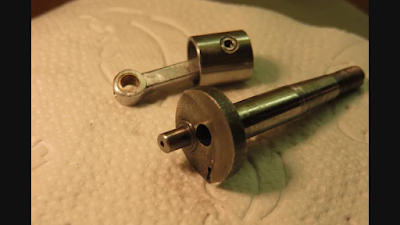 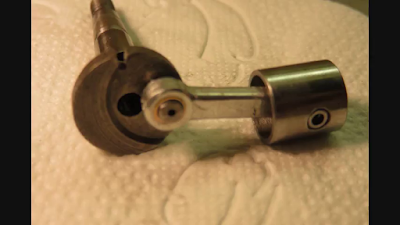 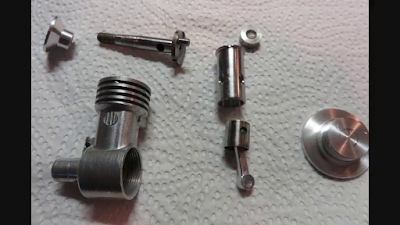 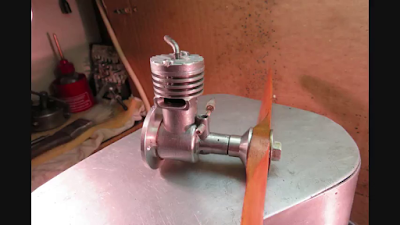 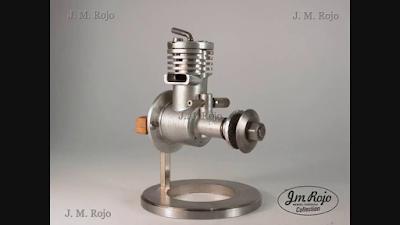 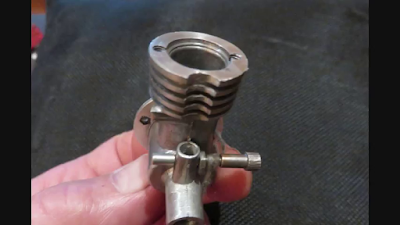 Standard Byra 1 cc crankcase has a slot at the front for some unknown reason, possibly to facilitate drilling of the intake venturi. 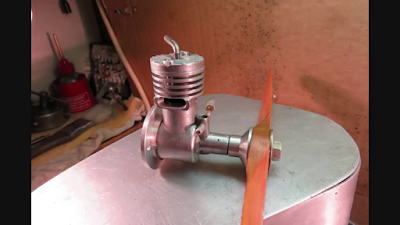 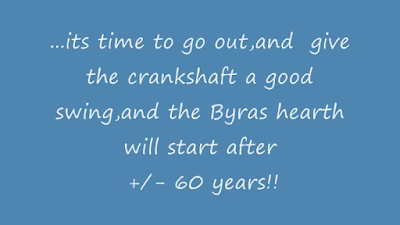