Actually I need some help in identifying this one. All my reference books for Czech and other European countries were of no help and afrer my lenthy research, it still remains a mystery engine to me. 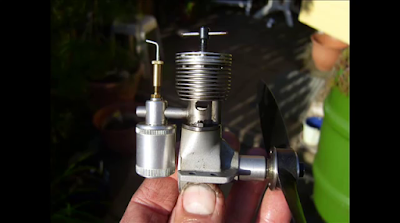 Welcome back to Peter's Engine collection for the running of a beautiful old long-stroke diesel which we found on Ebay.de. Sold as maybe a Czech engine but it could be anything as the cylinder looks like it could be a copy of the French Micron. 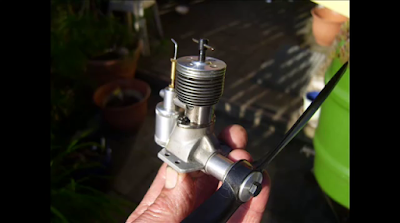 We did't open it up for measurements but judging from its size at a guess I would say its about 3.5 cc's. The best lead to its origin is another mystery engine offered on Ebay.uk and described as a possible Jiri Patrman engine. Both engines seem to have very similar looking fuel tank designs. 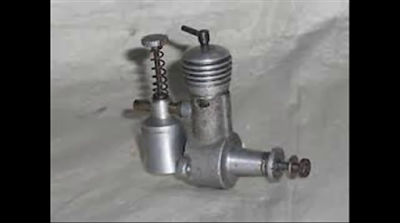 I am even not sure if it is a replica engine or the genuine thing, its serial number (19) is sramped on the backside of the prop-driver. 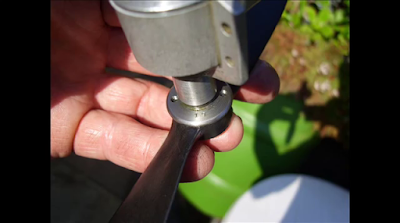 OK! Lets bring it outside and see if we can make it smoke.