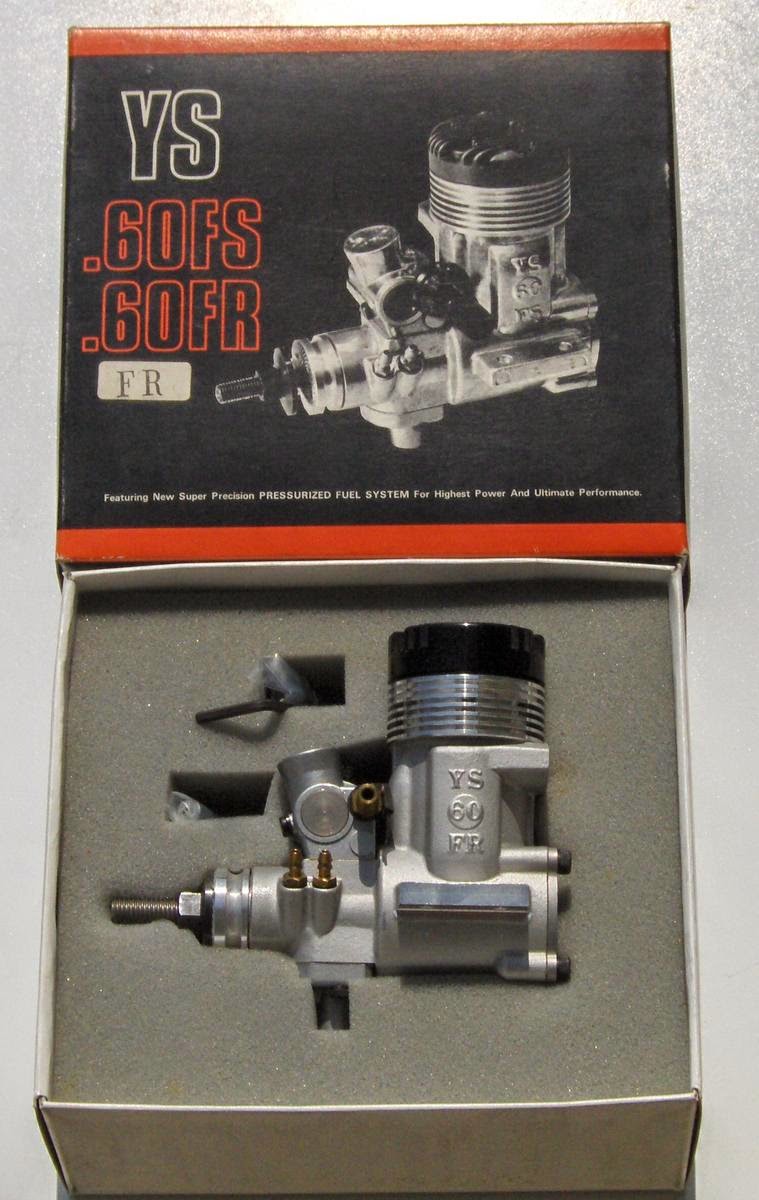 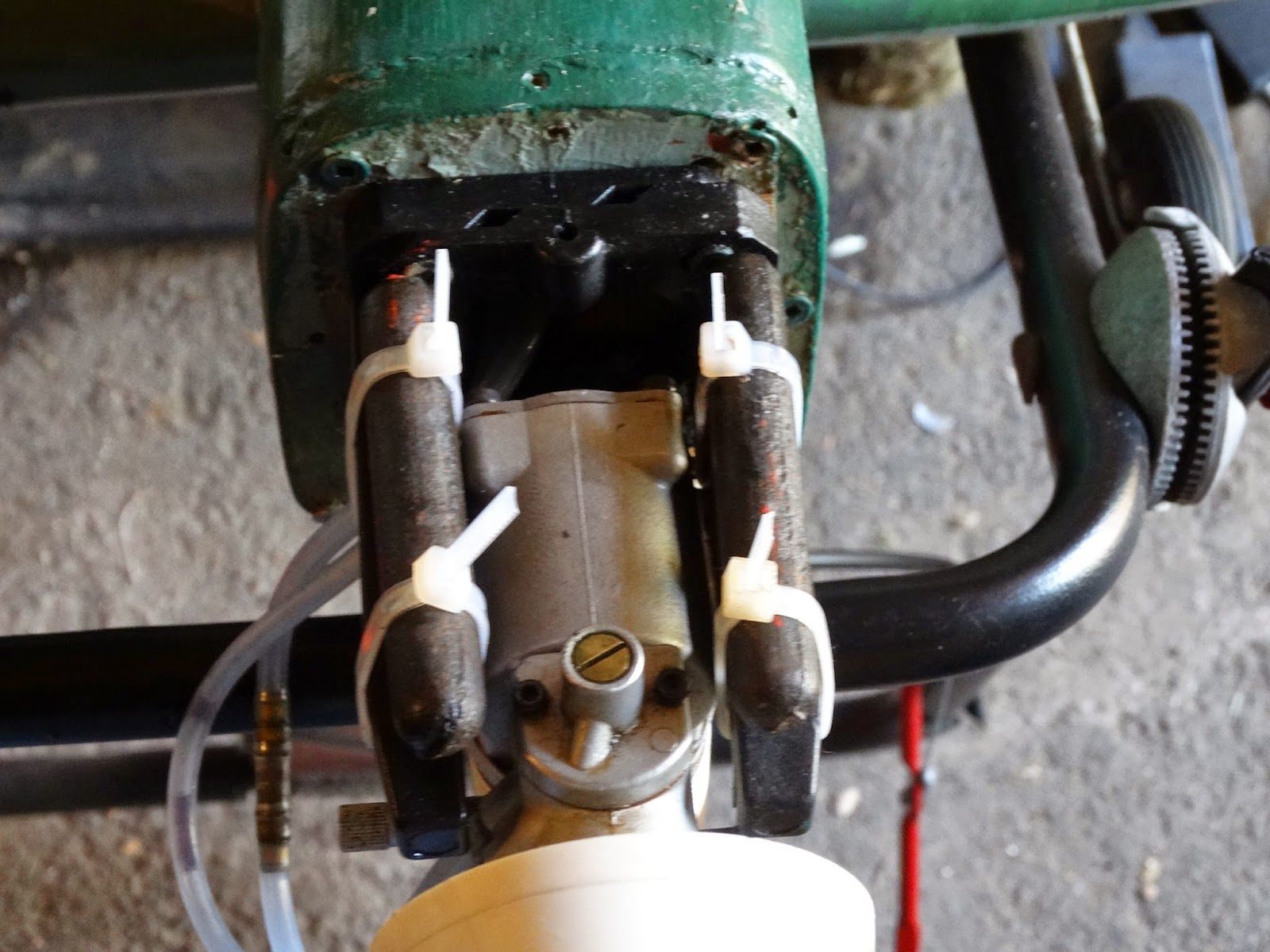 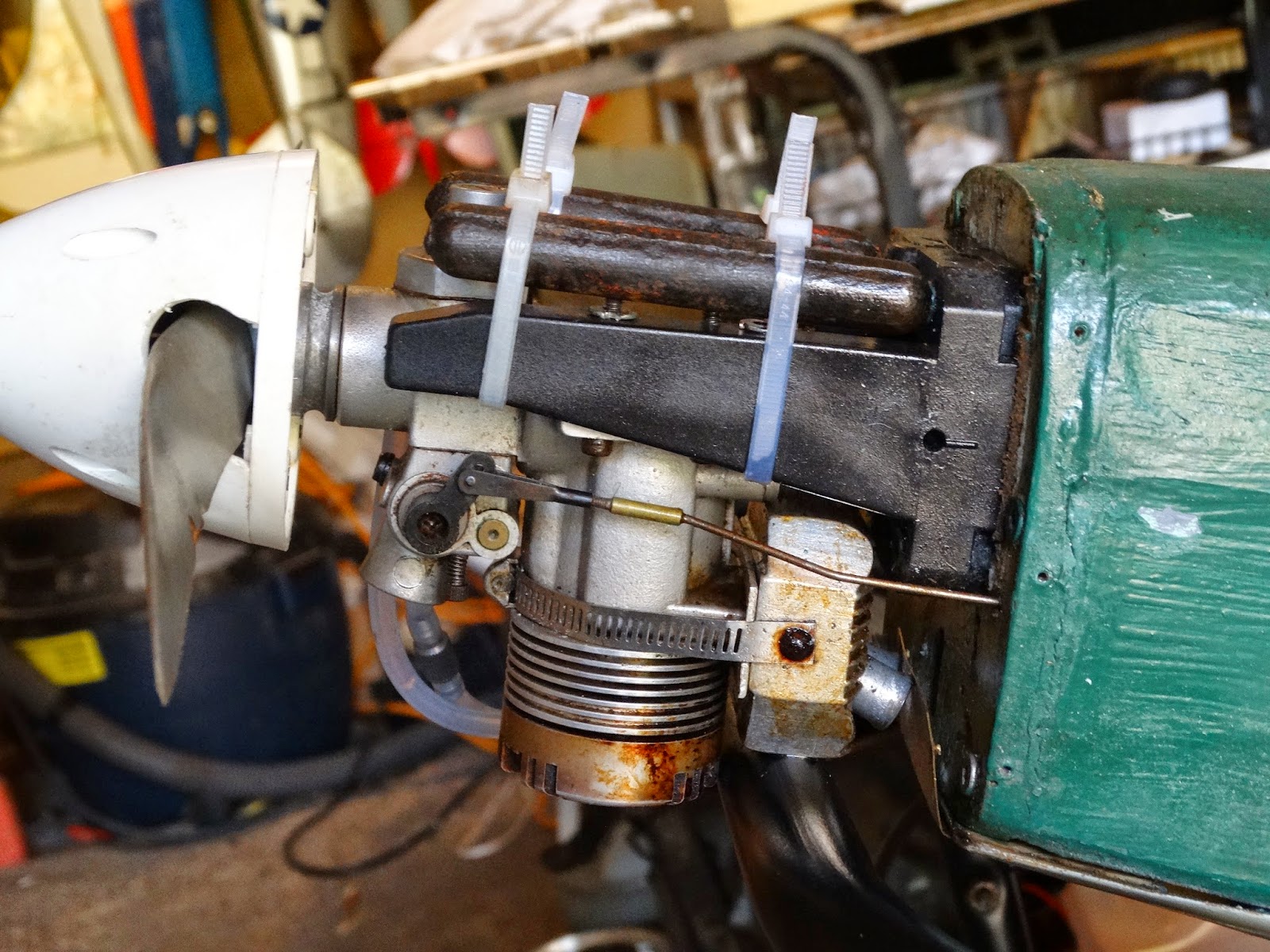 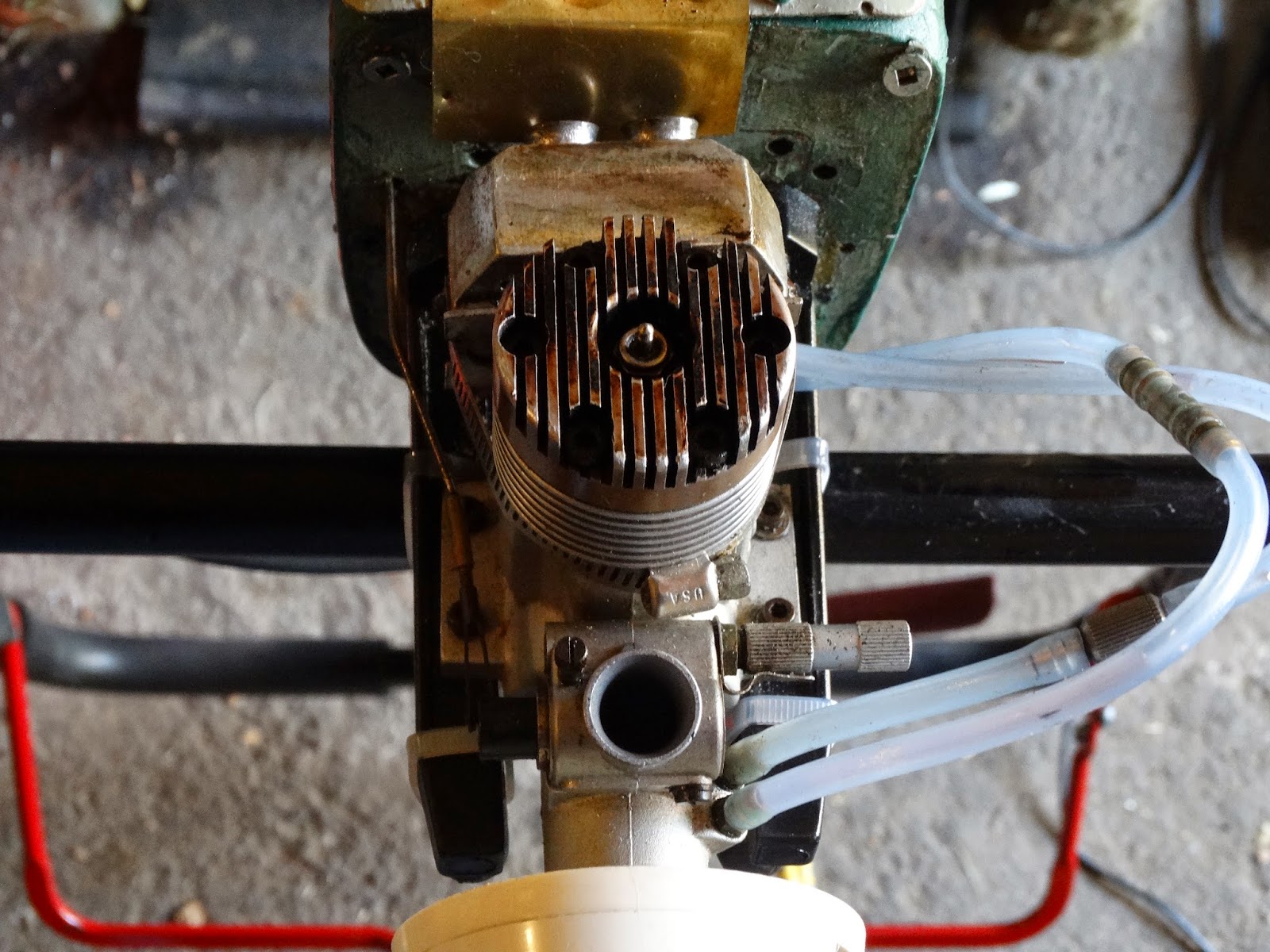 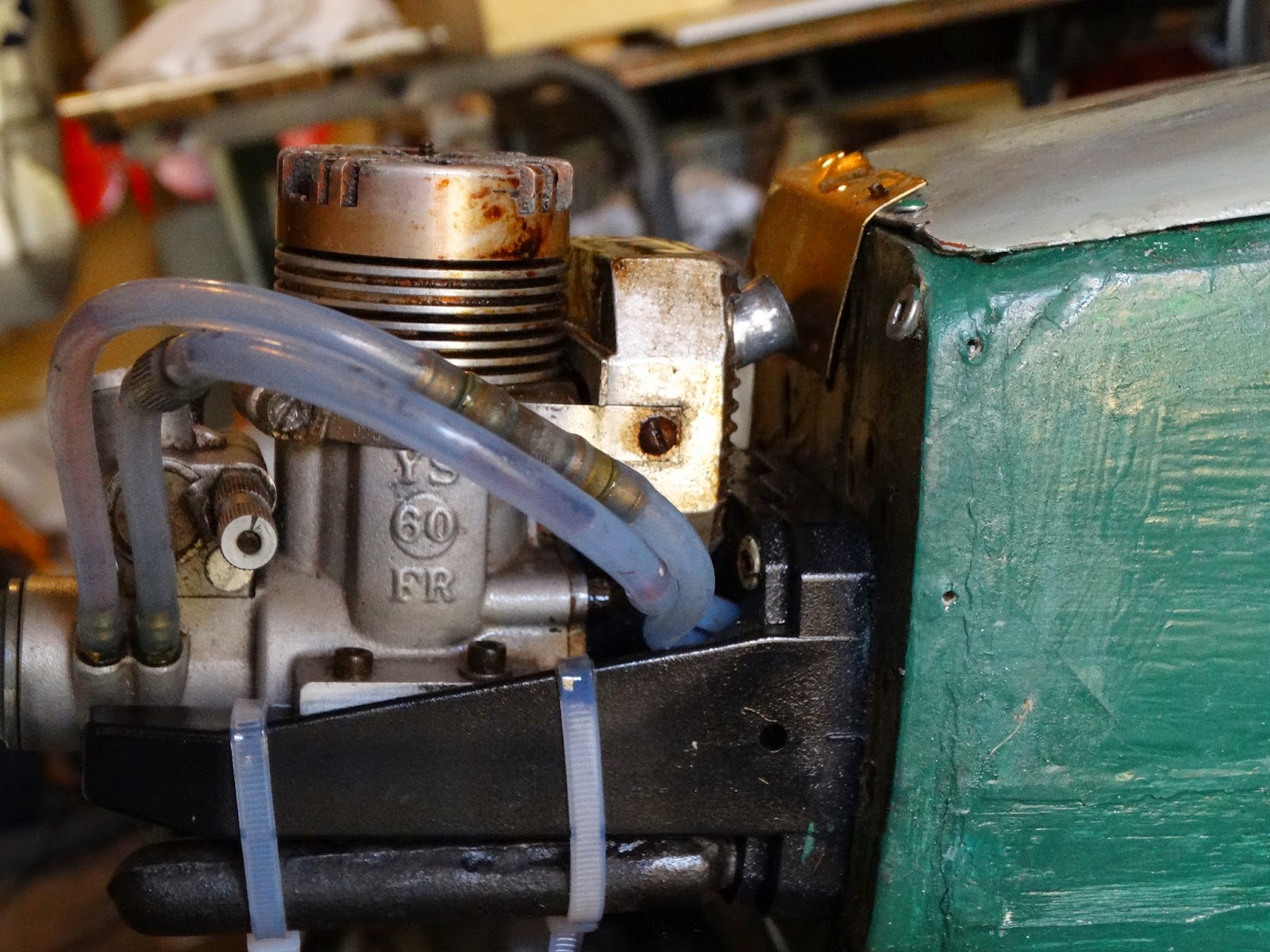 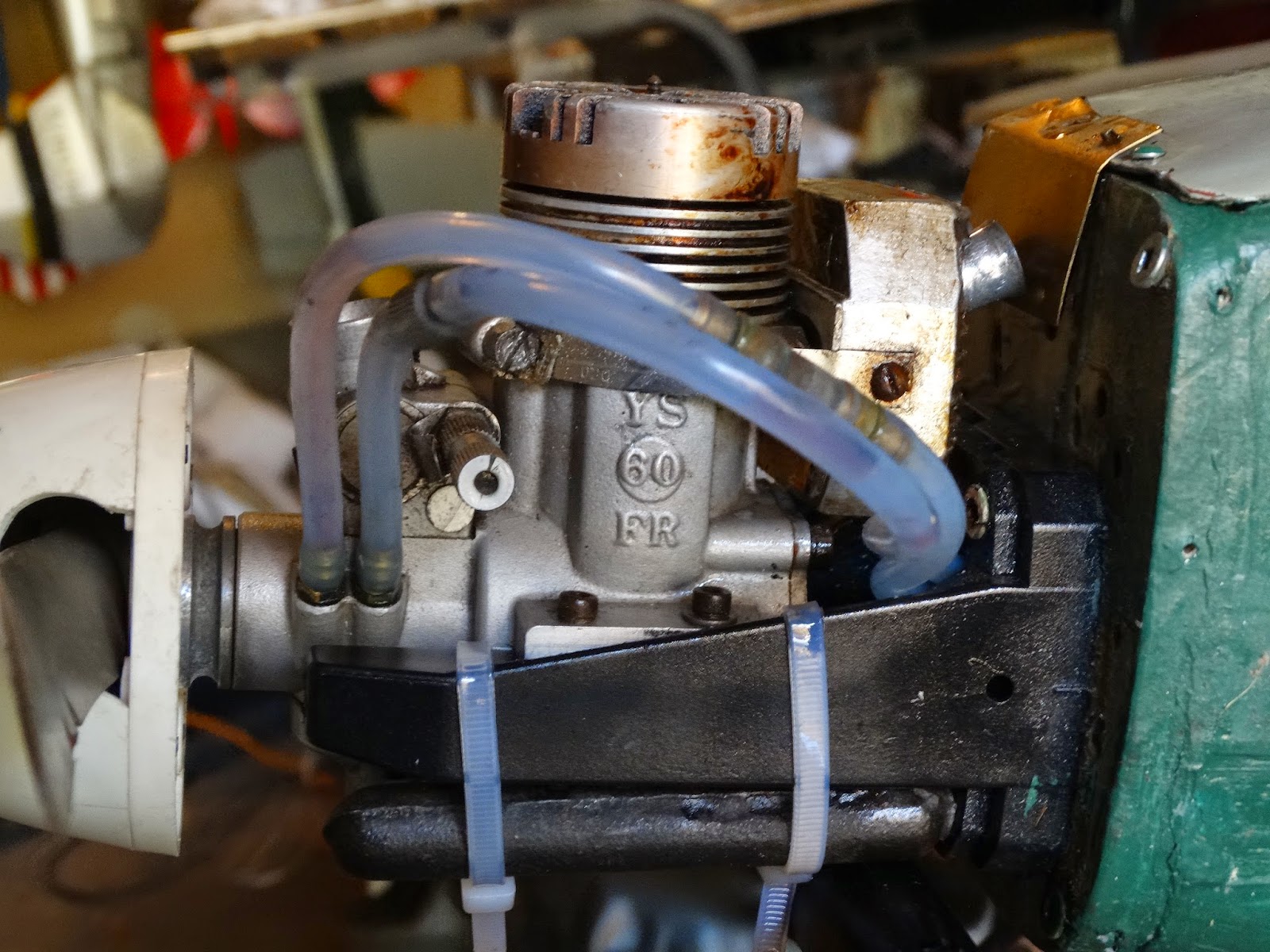 YAMADA YS Model 60 R / C
Yamada manufacturer Manufacturing Co. Ltd., Japan
Distributed by Yamada Manufacturing Co. Ltd., Japan
Series / Num. Serie s / n
Year of manufacture 1973
9.95 Displacement D.C. (0,613 cu. In.)
Bore 24 mm. (0.949 in.)
Stroke 22 mm. (0.866 in.)
Glow Class
times 2
Adjustable type carburetor (with speed control)
Rotary valve intake front (crankshaft)
Inner bearing
Outer bearing
If crankcase crankshaft on
No crankshaft on bronze
Methanol Fuel / Oil
Used in Box
Comments Primer engine manufactured by this firm, designed exclusively for racing. It became a favorite choice in pattern flying. Provides the beginning of the pressurization of the fuel tank and a flow regulator to supply a large diameter carburetor. Steel jacket, with deflector piston and ring, on two bearings and crankshaft carburetor with flow regulator. Rear exhaust can be fitted with manifold pipe and tuned exhaust.Because of the delicate membrane after run oil cannot be used with this engine without serious damage.
This engine has a higher compression ratio than most model engines and consequently is very hard on glow plugs under hard running it will finish a plug in a couple of flights. I have even witnessed something that I have never seen in all my 50 years running model engines. I have landed an XLT pattern plane on at least two occasions dead-stick with the engine and propeller turning over. Once where the plug was completely missing and another occasion where the center was blown completely out leaving an open hole.

Watch it Fly in a Spitfire RC Model Airplane
Posted by davideo4301 at 8:09 PM