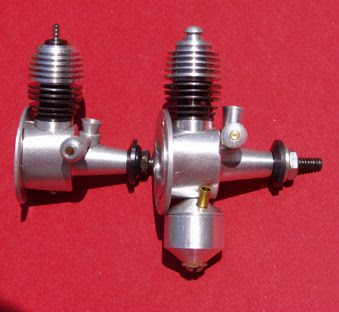 The K and B "Infant Torpedo" .020 Was first produced in The United States of America in 1949. This little gem was an instant favorite with young people because it was easy starting and featured a integral fuel tank making  it easy to mount and operate.


The original design as an .010 but it was found that an engine of this tiny displacement just wouldn't run reliably, so the displacement was increased to .020 cubic inches. One week after introduction in 1949 they had orders for 280,000 engines. 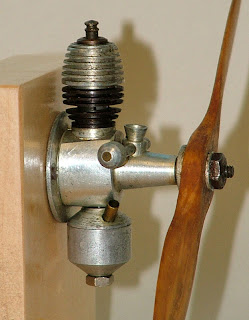 The Infants small size meant that  it could be used in very small models which were easy to build and to fly. The design was also manufactured in a .035 size version in 1950 which could be recognized by its 4 fin cylinder, where the smaller engine sported 5 fins.

Click the object below to see this vintage engine classic running rich on 15 % Nitro Glow Fuel.