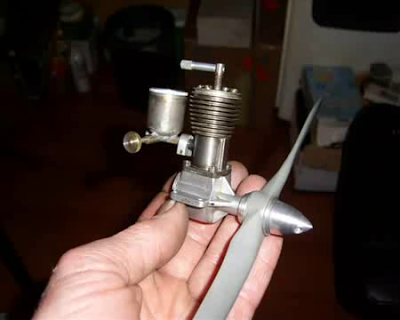 Below: 1946/7 MKI Micron engine, like the engine featured in this page 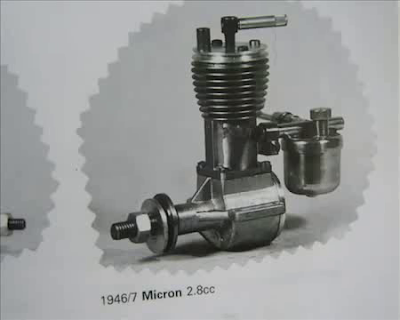 The MKII with spinner and front induction shown below 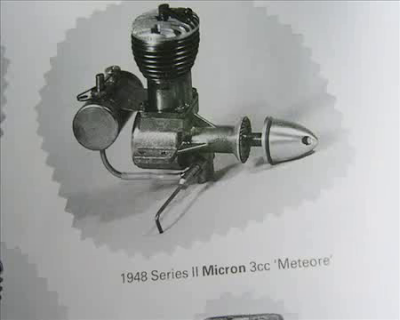 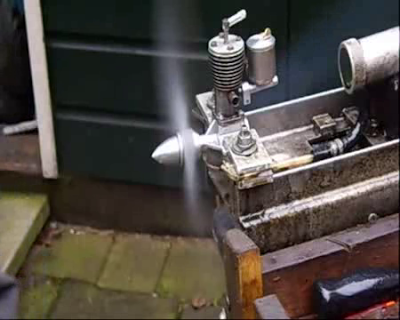 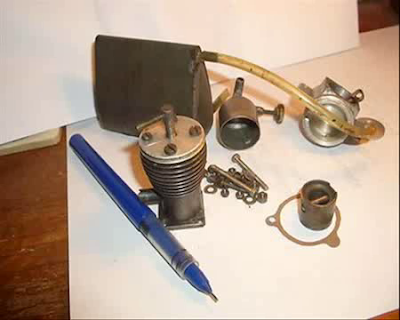 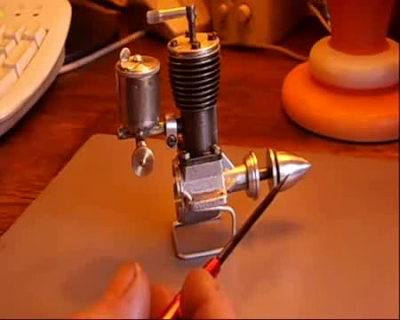 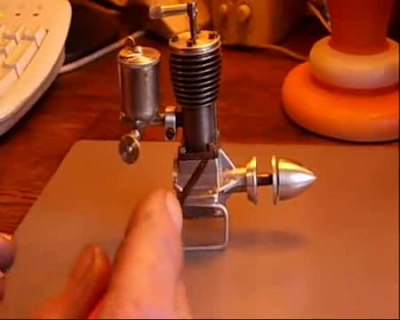 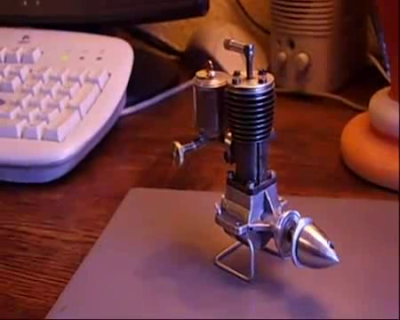 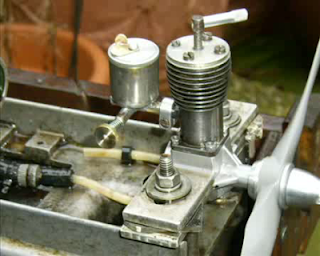 Comments:
Published on 5 Jan 2013 To day no rebuild story guys,...sorry,as the engine was a fast fix.I am very pleased with this very rare French Micron.I saw only this in 3 years on E-bay. Like I say in the clip,only some parts needs to be made.The hardest work was to unscrew the rear cover and get the crankshaft turning again and remove it. It was so badly glued together, that I had almost thought of giving up. Only after a long heating period and the addition of thin oil did the parts finally separate after 1 hour of struggling. The second big problem was the cylinder hold down screws. Somebody had already made an attempt to make them fit, maybe the thread was bad, so two threads at the front were 3 mm and the other was originally 2.5 mm. I thought at first,that this would be an easy fix,but later discovered that the liner was hardened, so there was no chance of drilling out the holes to 3 mm. Since  I had to decide on something, so I made from a stainless steel rod 2 special studs,one end M3 thread....other end M2,5 thread.. Also I made two regular studs of M2,5. .I also milled and tapped from steel four new M 2.5 nuts, so now everything will fit nicely together. Its a bit of a shame, as the original engine use 4 screws to connect the cylinder to the crankcase. But since I must make something out of it because, the compression was still great and connecting rod and shaft have no excessive play. The compression lever, extension, tank cover and the filler cover, carburetor clamp,and the prop driver assembly with the gaskets was an easy job..Actually the original engine has only a nut (Non metric!!) for the propeller,but in one of my books I saw the MK II with a nice spinner,so that's why I have decorated  him a bit with a brand new spinner.....he deserve it, as its a so lovely old engine. I tell myself to stop buying engines, as I am running out of space...but for rare engines is always a corner,right? By the way I know,the French Micron company made several engines up until the late 1960's and were always well made engines. Thanks for interest and remember; more interesting engine stuff on my channel. .Feel free to subscribe.